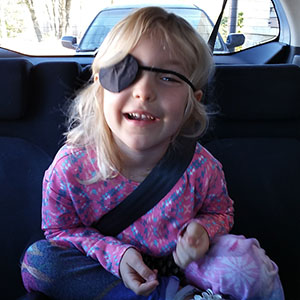 This was a pretty inconvenient situation for a pirate running up and down between decks. The eye patch, it’s rumored, fixed that. When ducking into darkness beneath the deck, the savvy pirate would simply switch his eye patch from one eye to the other. The eye that was previously covered by the patch, and in the dark, was immediately adjusted. No more fumbling pirate!